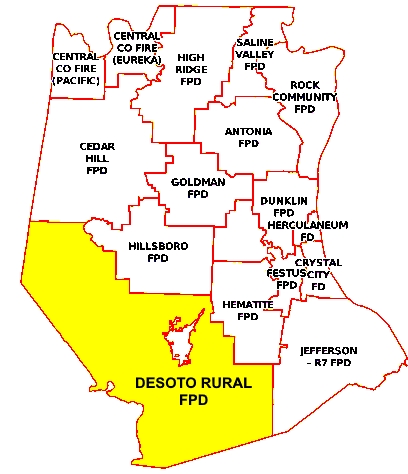 The DeSoto Rural Fire Protection District is geographically the largest Fire District in the St. Louis Metropolitan Area. At 260 square miles we cover over one third of Jefferson County. The District began when a few dedicated people decided to start their own fire department to better serve the residents living around the City of DeSoto. The DeSoto Rural Volunteer Fire Association was officially born on December 6, 1950.  The volunteer Fire Association sold fire tags and held fundraisers to financially support the fire department.  In June of 1987 the citizens living in the area voted to create the tax supported DeSoto Rural Fire Protection District.

In 2001, A tax levy of 25 cents per $100 of assessed evaluation was passed raising the tax rate to .65 per $100 of assessed evaluation. This added enough manpower to have at least one fire fighter at each station, 24 hours a day. This was eventually increased to 2 at station 3, 2 at Station 2, and 1 At Station 1. This meant there were 5 firefighters per shift. This increase meant more safety for firefighters in more remote locations where volunteers didn’t respond.

The district has experienced multiple increases in all aspects of expenditures including fuel, insurance, and vehicle maintenance. These increases have led to the cutting of many programs the district used to be able to provide.  In addition to cutting programs, it forced the district to no longer fill paid firefighter positions when they became available.  This reduced the total manpower back to 3 per shift, 1 at each manned station.  This reduction in manpower caused the remaining firefighters to often have little to no help on some fire calls. 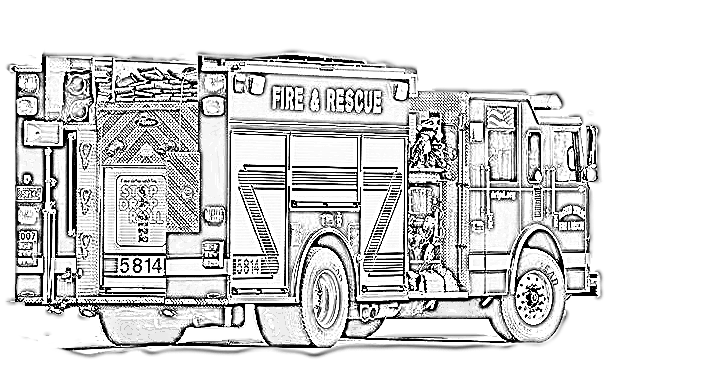 The board of Directors Decided to ask the voters for a tax increase to offset rising expenses of the district. They proposed a tax levy of .26 per $100 of Assessed evaluation in 2012.  This tax proposal was lost by 6 votes.  With the vote being marginal the Board of Directors decided to propose the levy again in 2013.  This time the Board asked for .30 per $100 of assessed evaluation.  This Proposal was lost as well with a much higher margin.

Since the Loss of both proposed tax levies’ the district has been forced to continue cutting its budget significantly.  Manpower remains at 3 per shift.  Several vehicles were sold to reduce maintenance and insurance cost.  Many of the district outreach programs have been cut and the remaining ones are being funded through Grant assistance. In 2015, The Board of directors proposed a .50 per $100 of assessed evaluation was placed on the April 2016 ballot and passed.